You are here: Home / In the Kitchen / Brussels Sprouts are Better with Bacon! 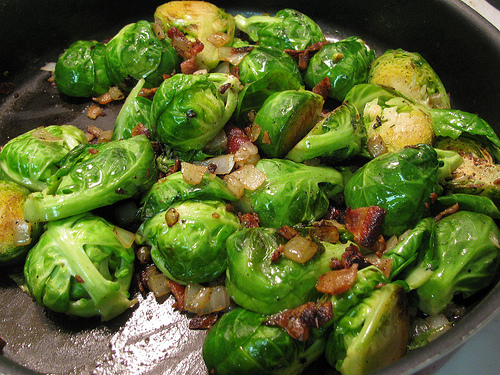 Through my childhood and most of my adult life, I have only had a few foods that I just did not like and did not want to try again.  The two that come to mind the quickest are liver and Brussels sprouts.  I still have no interest in liver, but I have opened my mind to Brussels sprouts now that I’ve had them the way God probably intended when he created these mini-cabbages:  With bacon!

Last year, we were going old school for the Christmas-themed dinner we were preparing for our friends from Rustic Garden Bistro.  We decided to do a roast goose with bourbon gravy, and chestnut and wild rice stuffing.    We needed a good veggie side dish to complement the classic main dish, and Colleen wanted to do Brussel sprouts!  I complained bitterly (“bitter” being a word I would normally use to describe Brussel sprouts), but she really wanted to try it, and when she found a recipe that used bacon and bacon grease in it, I relented, figuring even if the sprouts themselves were horrible, I could at least eat the bacon bits out of it!

Long story short, they turned out great!  We have since made them at Thanksgiving and then again this week alongside my smoked turkey for Colleen’s birthday (her request–shows you how much SHE liked them…).  With the bacon and bacon grease in it, this is far from the leanest vegetable dish you can make, but for a special occasion, who’s keeping track, anyways?

Note:  I have subsequently discovered a recipe for mustard-grilled Brussels Sprouts, which I may even like more than the bacon version! 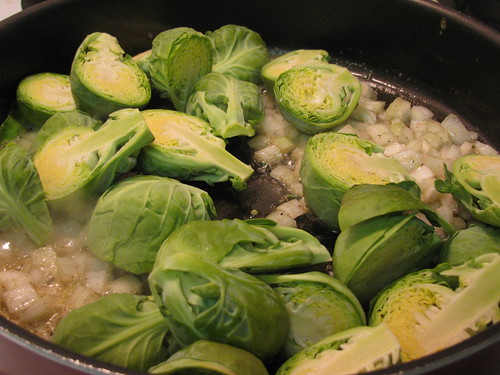 Cooking the onion and the Brussels sprouts in the bacon grease. 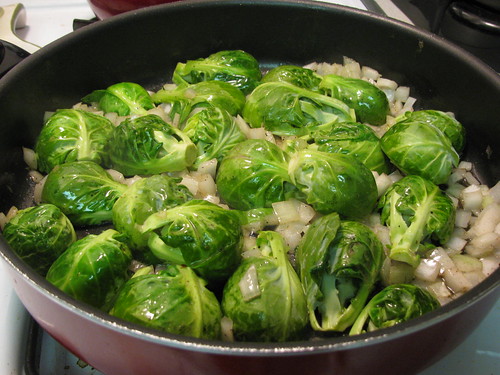 Arrange the sprouts cut side down to brown them. 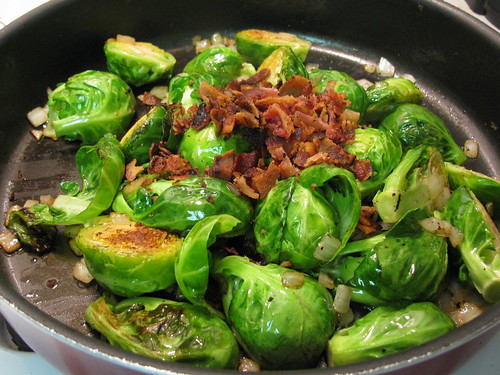 Add the crumbled bacon after the sprouts have browned. 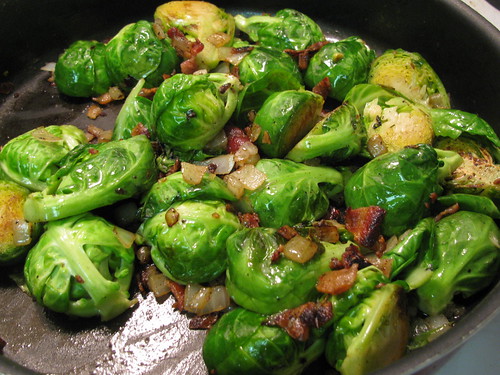 Toss with the bacon and season with salt and pepper to taste. 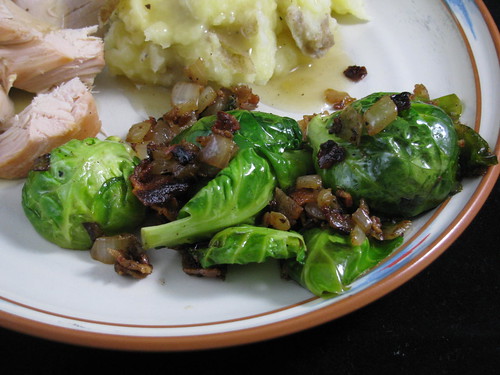 Plated with smoked turkey and garlic mashed potatoes with gravy.

The Taste Place is a food blog published by husband and wife Jeff and Colleen Greene -- serving up recipes, reviews, tips, techniques, and experiences since April 2009. The … END_OF_DOCUMENT_TOKEN_TO_BE_REPLACED