You are here: Home / In the Kitchen / Recipes / Diabetic-Friendly / Sunset’s Sourdough Parmesan Artichoke Stuffing — Not Your Momma’s Turkey Dressing! 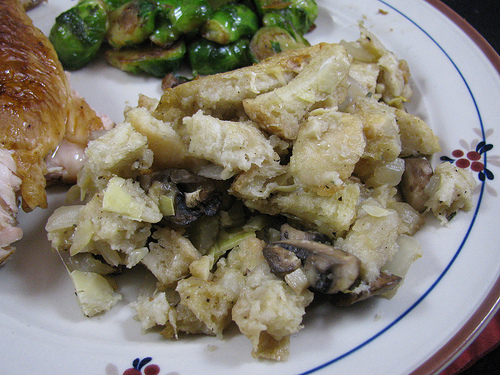 As much as Thanksgiving and Christmas dinners are about the food, they are also about tradition.  Most people are raised with certain mandatory dishes at their holiday meals, and most of the recipes are passed down through the generations so that family food traditions are preserved.  As a guy who is a traditionalist in many ways, I’ve hesitated to mess with Thanksgiving meals when I’m the host, not wanting to disappoint people expecting the standards.  But in recent years, we’ve been having two Thanksgiving meals per year (split amongst various family members) and even had a holiday party or two.  These have given me an opportunity to experiment a bit.  We’ve previously blogged about my semi-n0n-traditional smoked turkey, bourbon mashed sweet potatoes, port wine cranberry sauce, and whiskey glazed carrots, but now I want to talk about stuffing.  Or dressing.  Or whatever you call it.

My mom did the standard Pepperidge Farm stuffing, or something close to it, with sauteed celery and onions and chicken broth mixed in together and some stuffed in the turkey, and some baked on the side in a casserole dish to get a nice crust on it.  I always liked the crusty one more than the mushy one that came out of the turkey, but to each his own.  I actually liked this stuffing a lot, especially with a nice layer of gravy spooned across the top of it.

A few years ago, my friend Kat suggested I try a sourdough, parmesan, and artichoke stuffing that her mom makes that she swore up and down was the greatest stuffing she’d ever had.  Sounded really good, but also sounded like the kind of thing that could get you banned from hosting Thanksgiving if you dropped it on unsuspecting family members who were expecting their stuffing to be old school (especially my dad who hates mushrooms…)!  So we tried it out on our friends at our holiday party last year, and it was outstanding.  It might still be a little avant garde to be the only stuffing available for a traditional family Thanksgiving, but if you’re like me and likes to do turkeys throughout the year or if you have adventurous friends coming over for a holiday party, I highly recommend you try it. 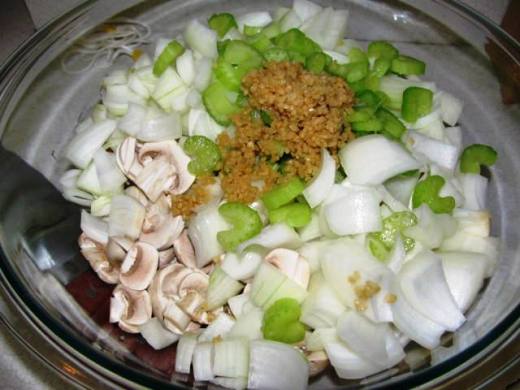 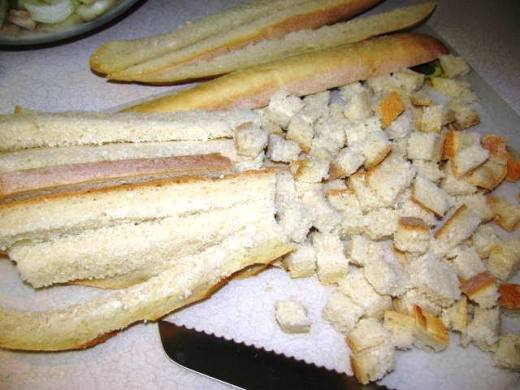 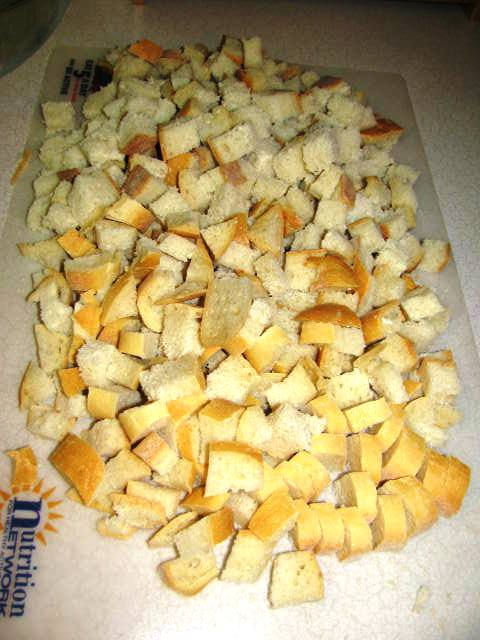 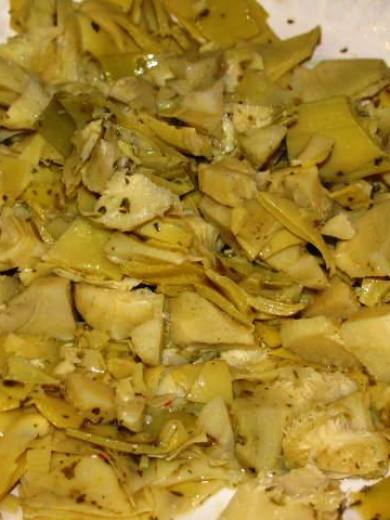 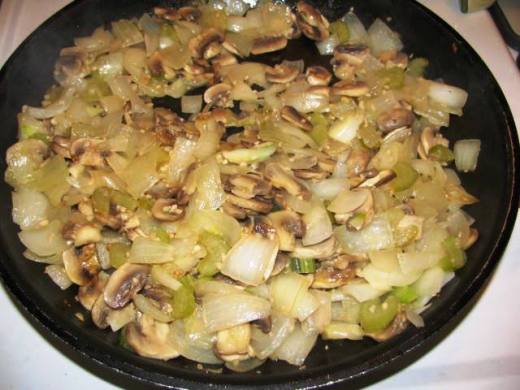 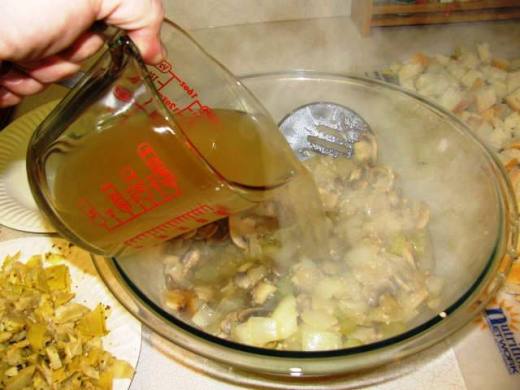 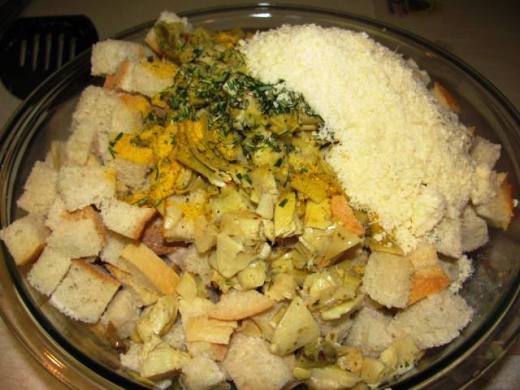 Everything assembled and ready to mix–see how it overfills the largest nice bowl we have? Choose mixing bowl wisely! 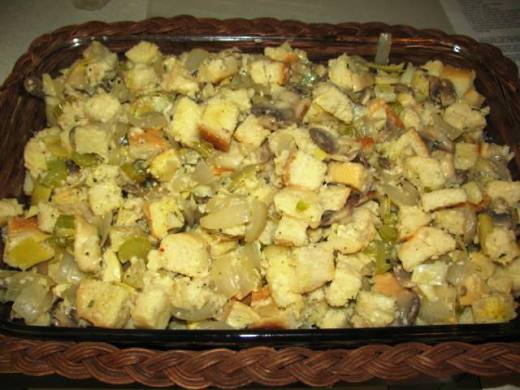 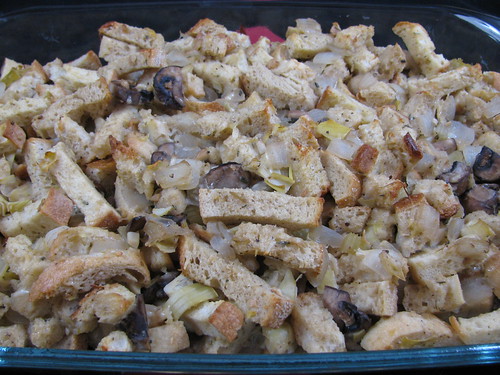 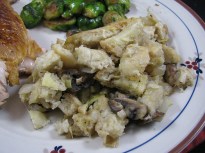 Print
Weight Watchers: 5 PointsPlus per serving. Carbohydrates: 26g per serving.
Author: Sunset Magazine
Recipe type: Side Dish
Cuisine: American
Serves: 12
Ingredients
Instructions
Notes
You can put in the casserole dish the day or morning before and refrigerate it, cooking for an hour or so when ready to serve.
You could switch chicken broth for veggie broth, if you wanted a vegetarian option, and skip the egg if you wanted a vegan option, I guess…
Yields 10 cups to serve 12. This works out to 8/10 of a cup per serving. It's easier to just divide your baking pan into 12 equal servings (3 down, 4 across).
3.2.2310

The Taste Place is a food blog published by husband and wife Jeff and Colleen Greene -- serving up recipes, reviews, tips, techniques, and experiences since April 2009. The … END_OF_DOCUMENT_TOKEN_TO_BE_REPLACED