You are here: Home / In the Kitchen / Recipes / Breakfast Recipes / Fresh Spiced Apples: Great As a Side or As Dessert! 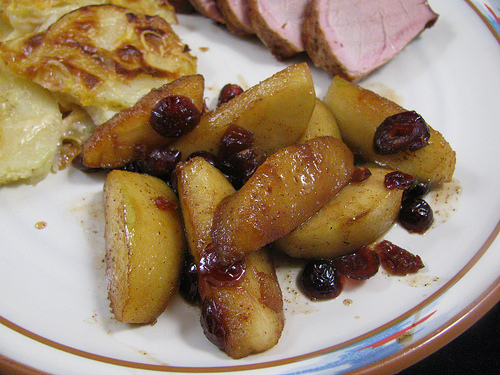 At a recent holiday dinner, I was looking for a good side to serve with my smoked ham.  We had previously done  Emeril’s Port Wine Cranberry Sauce, Pioneer Woman’s Whiskey Glazed Carrots, and the Neely’s Bourbon Mashed Sweet Potatoes with it, but because we had recently done those at other holiday parties, I wanted something different.  Since apple sauce is a classic side for pork or ham, I decided to see if I could find a fresh cooked apple recipe, and while I didn’t find any one recipe I liked entirely, I found a decent looking recipe from Tyler Florence that was a good base, and along with some others I found and a few adjustments (like trading dried cranberries for his raisins, dropping the mustard, etc.), created a recipe that sounded like it would work for me and be nice and tasty.

I have since done it multiple times, with ham, pork chops, and most recently, on my annual camp-out with  my buddies (the infamous “Hoot in the Hills’) as an accompaniment to a friend’s crown roast on the BBQ.  It may have even out-shined the roast itself, as several of my camping friends (including the crown roast cook himself) not only raved about the apples, but stood around the empty skillet afterwards dipping their fingers into the leftover sauce, to complement their Scotch! 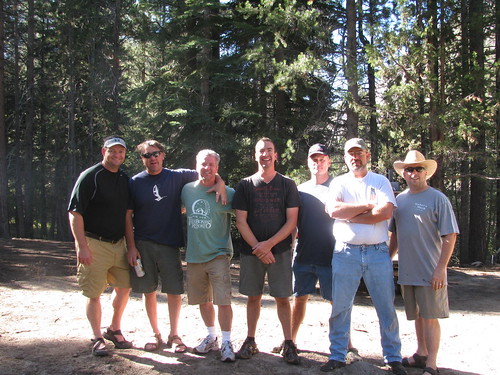 These are some of the guys reduced to child-like, licking-the-pan leftovers after dinner!

At any rate, it is an awesome fruity side for dishes that pair well with that sort of thing, and while I haven’t yet tried it on ice cream for dessert, or on waffles or pancakes at breakfast, I’m quite confident it would be great in that role as well. 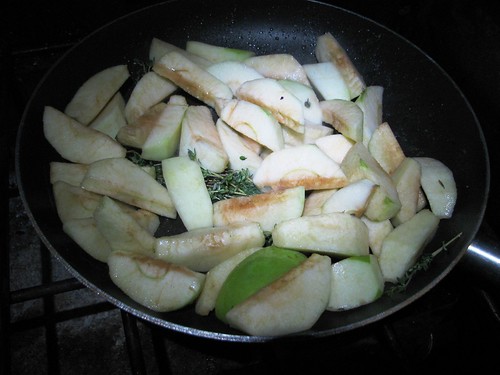 Browning the apples and thyme in butter. 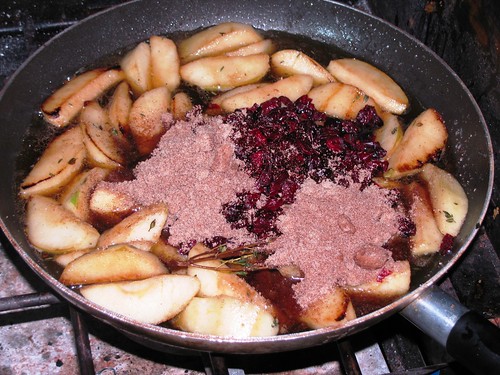 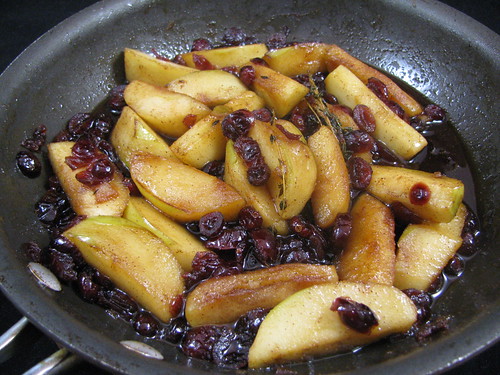 Cooked down and ready to serve! 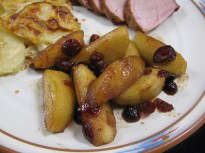 Print
Weight Watchers Info: 3 PointsPlus per serving
Author: The Taste Place
Recipe type: Side Dish
Serves: 4
Ingredients
Instructions
Notes
For camping, I pre-mixed the brown sugar, cinnamon, and ground cloves in a ziplock, and put the proper amount of apple juice concentrate in a tupperware ahead of time for easy packing and camp prep. I also tripled the recipe, which is what is pictured in most photos.
3.2.2499 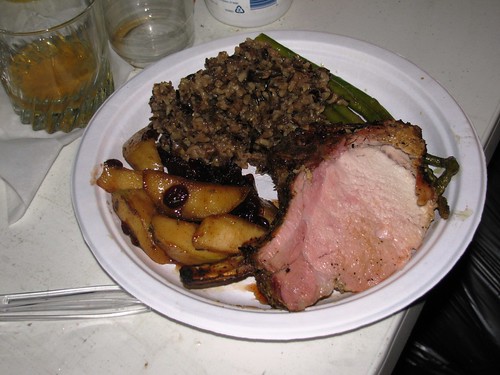 Served with the crown roast chops, wild rice, and asparagus on a paper plate. 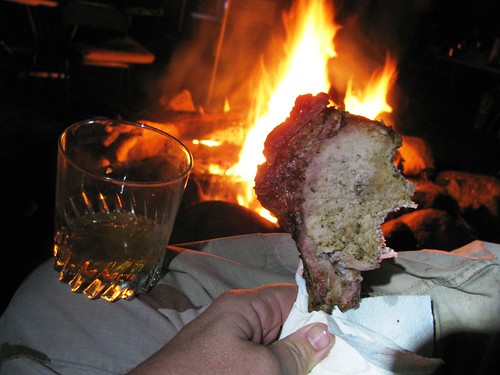 Bonus picture: This is how we roll on our camping trips…

The Taste Place is a food blog published by husband and wife Jeff and Colleen Greene -- serving up recipes, reviews, tips, techniques, and experiences since April 2009. The … END_OF_DOCUMENT_TOKEN_TO_BE_REPLACED