You are here: Home / In the Kitchen / Recipes / Appetizer Recipes / My Dad’s Clam Dip My dad was a fairly typical dad of his generation.  He was not a cook like Tyler Florence, or Emeril Lagasse, and while he now enjoys watching Alton Brown–it is largely for the science content, I suspect (he was a biologist).  And though he would barbecue burgers or steak occasionally (we lived in Northern Indiana, so the grilling season was short), he wasn’t exactly Bobby Flay, either.  But I do recall those burgers and steaks with great fondness.  The only other meal I really remember him making was his awesome French toast, usually when my mom was gone.  But the dish that makes me think of my dad more than any other is his clam dip and chips he made for us. 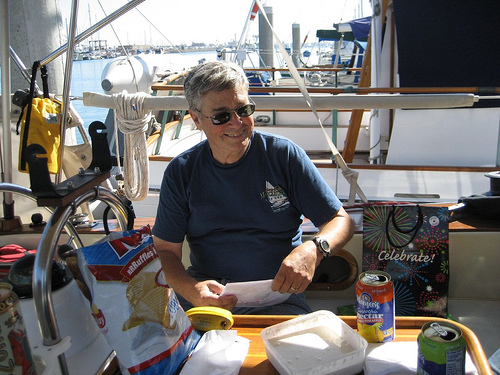 Clam dip was a special occasion appetizer for us, and every Notre Dame football game we didn’t go to (he taught there from ’70-’84) was an occasion to break it out at home while we watched on tv, as were birthdays and holidays and bowl games (same thing, really).

It really is a remarkably simple (plain, Colleen would say…) recipe that I’m sure benefits much from the childhood memories and family connections I associate with it.  My dad’s recipe, which he got from his mom, was simply a block of cream cheese, a can of minced clams with juice, worcestershire sauce, and garlic salt.  And growing up, that was all we needed.

I’ve modified it just a bit in my later years, replacing regular cream cheese with low fat neufchatel cheese, replacing garlic salt with garlic powder (I think the chips add enough salt), adding dried onion flakes, and occasionally adding a little lemon juice, horseradish, or hot sauce, to pep it up a bit.  I’ll also get baked chips to make it marginally healthier when Colleen is eating it with us, but really, what kind of health benefits do you expect from chips and dip?  I’ve written it up below with the way I do it most often with the kids, but added the occasional additions as a note.  For the record, until the last time I made it, I’d also never measured any of the ingredients before.  This is the kind of thing where you just sort of add things to your own taste and adjust until it is right, but the amounts below are pretty close to how we eat it. 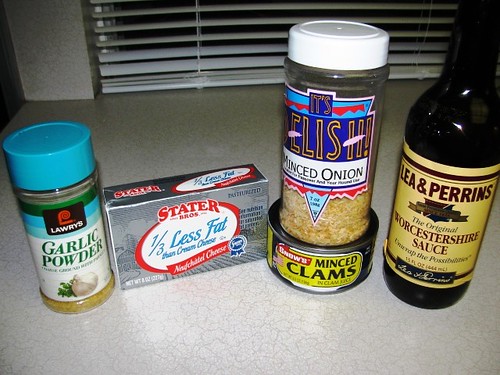 Raw materials for the clam dip. 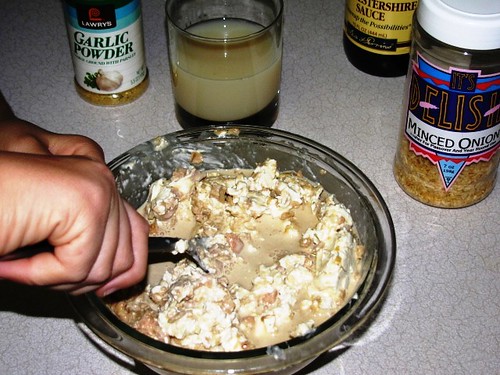 Mixin’ it all up! 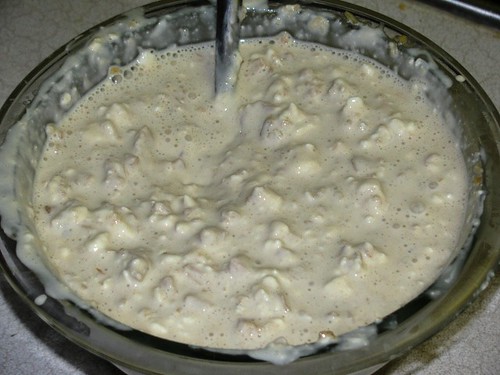 All mixed up! This is a little more liquidy than I would prefer, which is why I like to to it the night before–to give it overnight to re-solidify and reach a better dipping consistency. 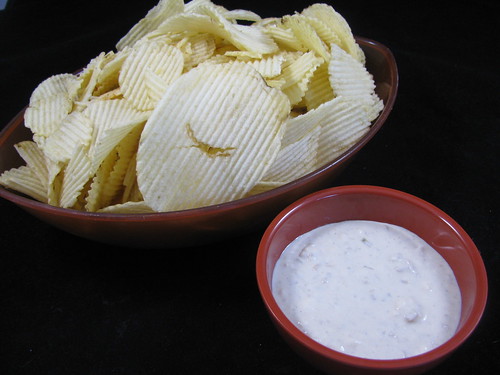 Perfect consistency! Serve with a big bowl of chips. Print
Weight Watchers Info: 9 PointsPlus per serving (chips are extra)
Author: Grandmother Jean Greene
Recipe type: Appetizer
Serves: 4
Ingredients
Instructions
Notes
Double or triple this for a crowd.
I sometimes will add a tablespoon of lemon juice, a teaspoon of horseradish, or a half teaspoon of Louisiana-style hot sauce to the mixture, depending on my mood. Colleen is not a big fan of the clam dip without at least some of the “spiced up” alternatives added.
3.2.2499

The Taste Place is a food blog published by husband and wife Jeff and Colleen Greene -- serving up recipes, reviews, tips, techniques, and experiences since April 2009. The … END_OF_DOCUMENT_TOKEN_TO_BE_REPLACED