You are here: Home / In the Kitchen / Recipes / Dinner Recipes / Arriba! Easy Chicken Fiesta Soup in the Crockpot 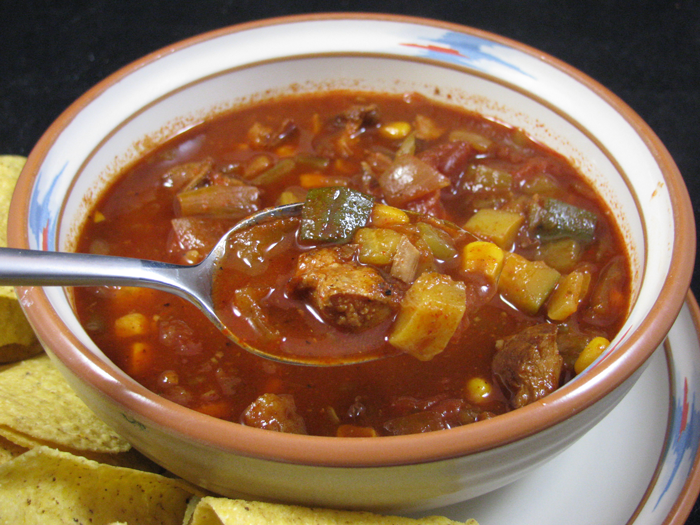 It is the first full week of Fall, and it was 110 degrees here in Orange County, California yesterday.  We are not amused.  Fall is for football, long sleeves, and soups, and while football is definitely here, long sleeves and soup weather seem very far away today.  But as we pine for fall weather, and begin planning for soup season, we’ve been going over some of our favorites from last year that we haven’t blogged yet.  One of those is an easy, excellent, spicy-as-you-want-it crock-potted Chicken Fiesta Soup.  I’d say it was “Mmm, mmm, good,” but I don’t want to be sued by any giant corporations, especially one whose Cream of Mushroom Soup, Chicken Noodle Soup, and Tomato Soup I was practically raised on.

Back before I was regularly searching for recipes on-line, I was an avid collector of recipes from newspapers, magazines, and those recipe booklets  you find in the impulse  aisle at the grocery store.  I still have many of those, most of which were organized into three different binders during a time of my life which was as lonely as it was pathetic.  This is one of those recipes, originally clipped from one that appears to simply be titled “Rival Crock-Pot”, but no other date or title is evident from the page that I have here other than the fact that it was originally submitted by Sharoon (no, that is not a mis-spelling by me) Smith of Elk Grove, CA (thank you, Sharoon, please don’t sue us), but I’m pretty sure it dates from some time prior to the statute of limitations of a recipe in an impulse aisle periodical.  I can’t find a link online to properly credit them, but have a link to their recipe page here (which does not appear to include this particular recipe), and I’d just like to say that we really, really love our three Rival Crock-pots and think they are a really great company and our inclusion of their recipe and product here implies no endorsement of us by them and please don’t sue us.

We’ve modified it a bit, but I’ll give the recipe as it was originally printed along with my notes on what I’ve done differently.  Most of our adaptations have been done to make it spicier, as is our preference.  So feel free to accept or reject as many or as few of those suggestions as you wish.  It really does have plenty of flavor in its original recipe, but we really crave the burn, so adjust to your own preference.

Though it has a relatively long list of ingredients, the prep is really remarkably simple, and can easily be put together in the morning before you go to work if you have cooked the chicken ahead of time.   Actually, that’s a must.  The soup is cooked for 8 hours, so unless you want to be cooking chicken really early in the morning, or eating really late at night, pre-cook your chicken either the night before or even the weekend before.  If you know me, you know we didn’t bake our chicken, but grilled it instead.  And instead of the boneless breasts the original recipe called for, we used boneless, skinless thighs, which are both cheaper and more moist (as well as exceptionally quick to grill).  I just applied a Mexican-ish rub to the chicken, either Cholula’s Original Mexican Seasoning (which I can no longer find in stores) or Emeril’s Southwestern Essence and grilled it right up.  Incidentally, if you happen to know of a decent Mexican spice mix or rub, I’d like to hear about it in the comments below.  I liked the Cholula one, and while the Emeril one is good, it isn’t exactly legit. 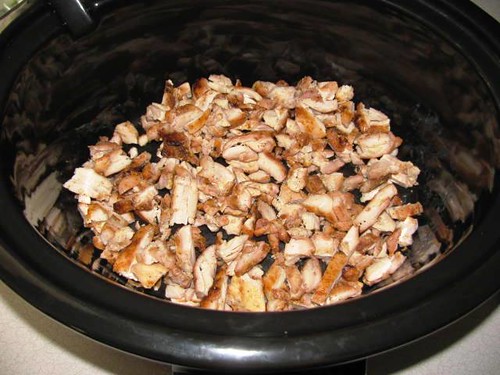 I also pre-diced the zucchini, yellow squash, and onion (and sliced the jalapenos, if you choose to go the spicy route, as I did) the night before, so it really was a quick process the morning after, with everything just sort of tossed into the crock. 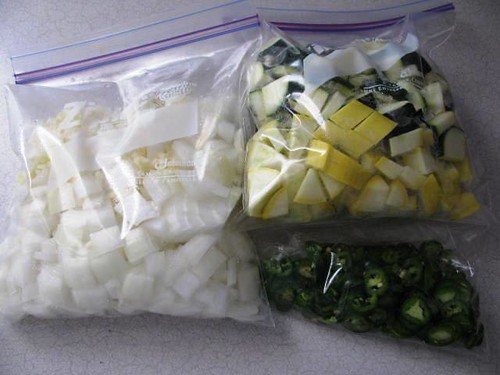 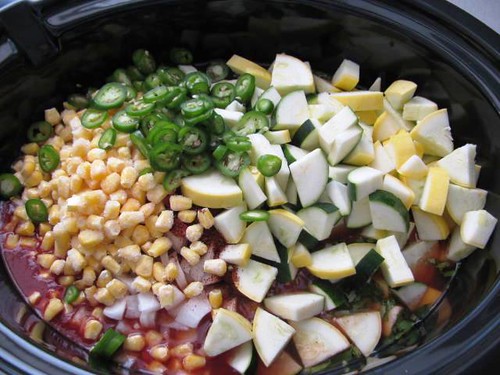 Mmmm, mmm, tossed into the crock! 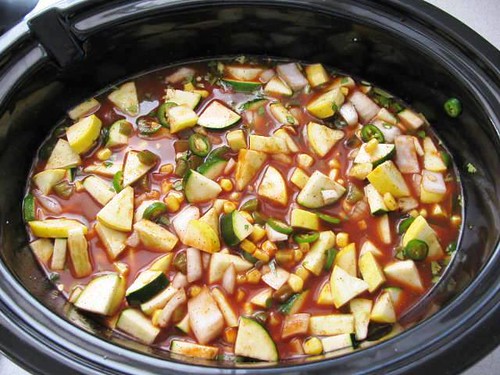 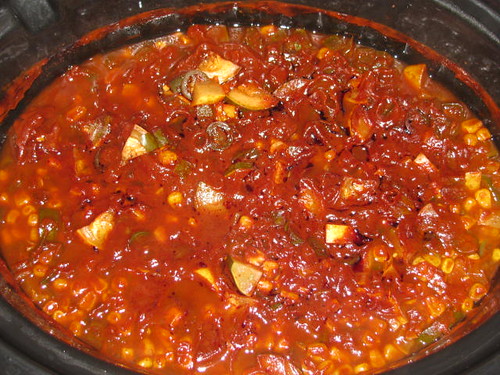 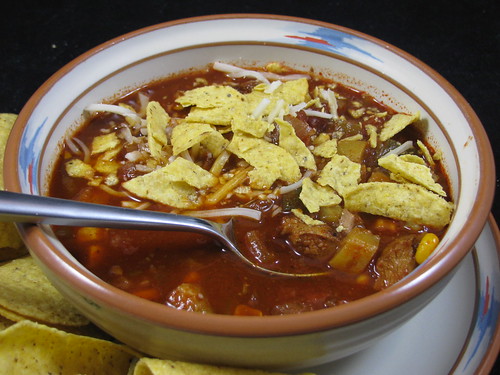 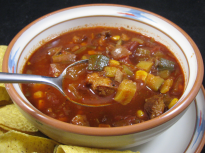 Print
Weight Watchers Info: 5 Points Plus per serving (cheese and tortilla chips are extra)
Author: Modified from Rival Crock-Pot
Recipe type: Main Course
Cuisine: Southwestern
Serves: 6
Ingredients
Instructions
Notes
In its original recipe, it counts as family friendly. With my “options”, it is significantly less so, unless your kids are more hard core than ours.
This is a very hearty soup as a meal, not a soup as side.
3.2.2499

The Taste Place is a food blog published by husband and wife Jeff and Colleen Greene -- serving up recipes, reviews, tips, techniques, and experiences since April 2009. The … END_OF_DOCUMENT_TOKEN_TO_BE_REPLACED